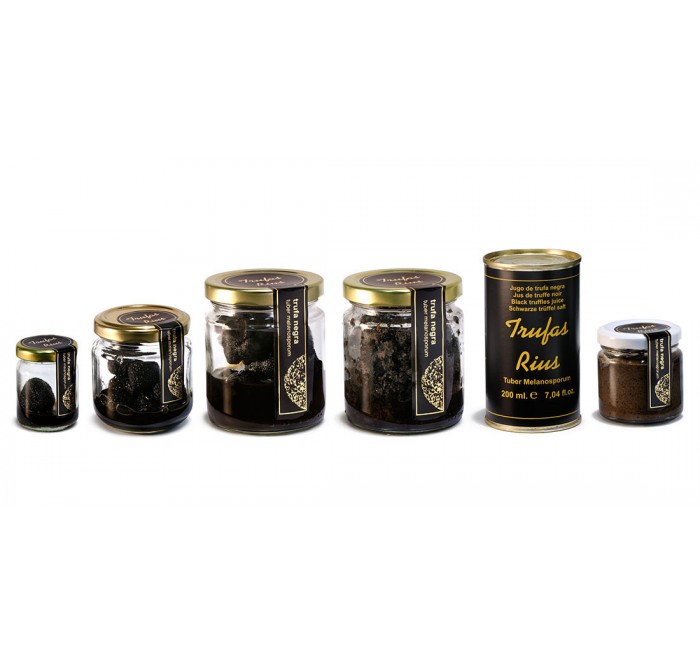 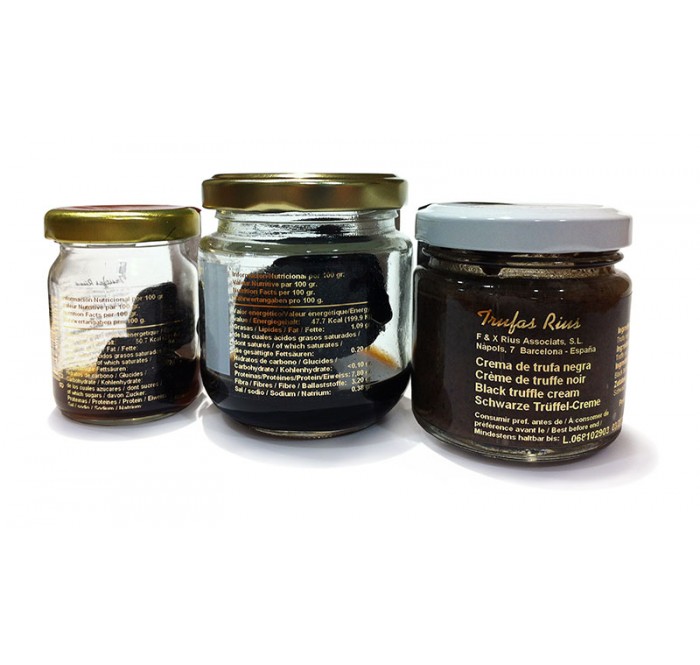 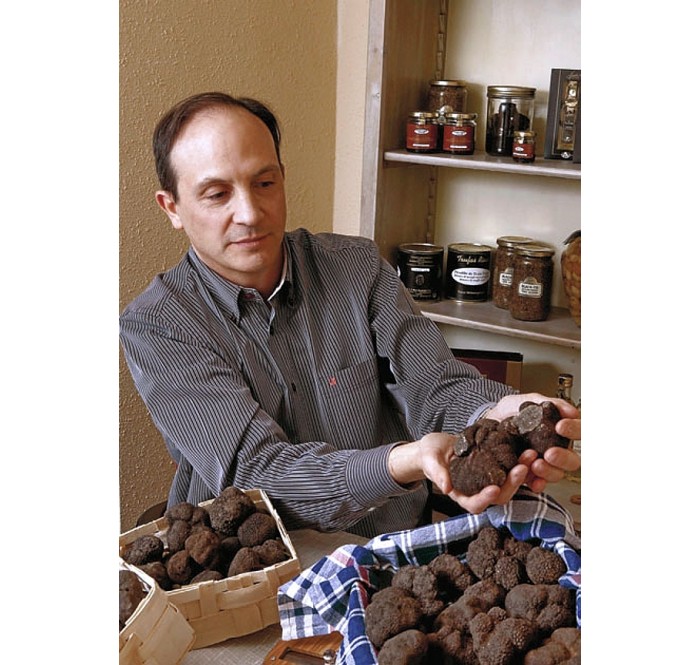 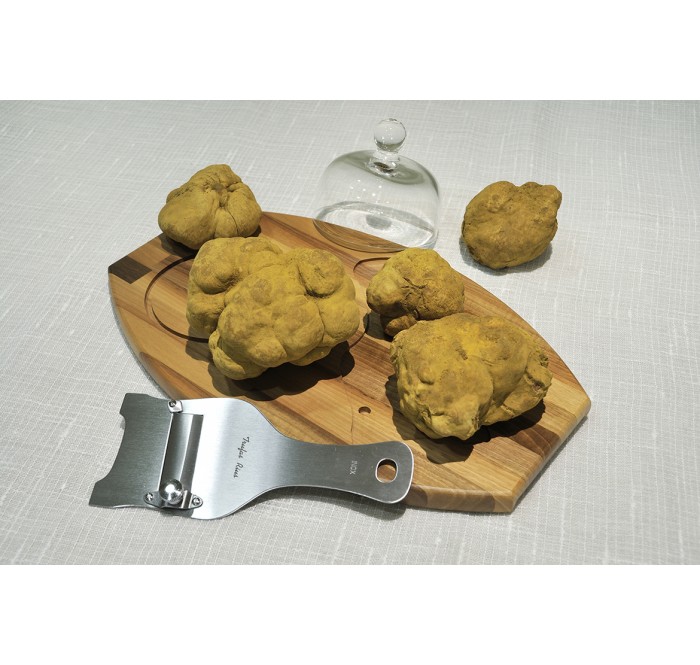 The black truffle and its cultivation, the origin 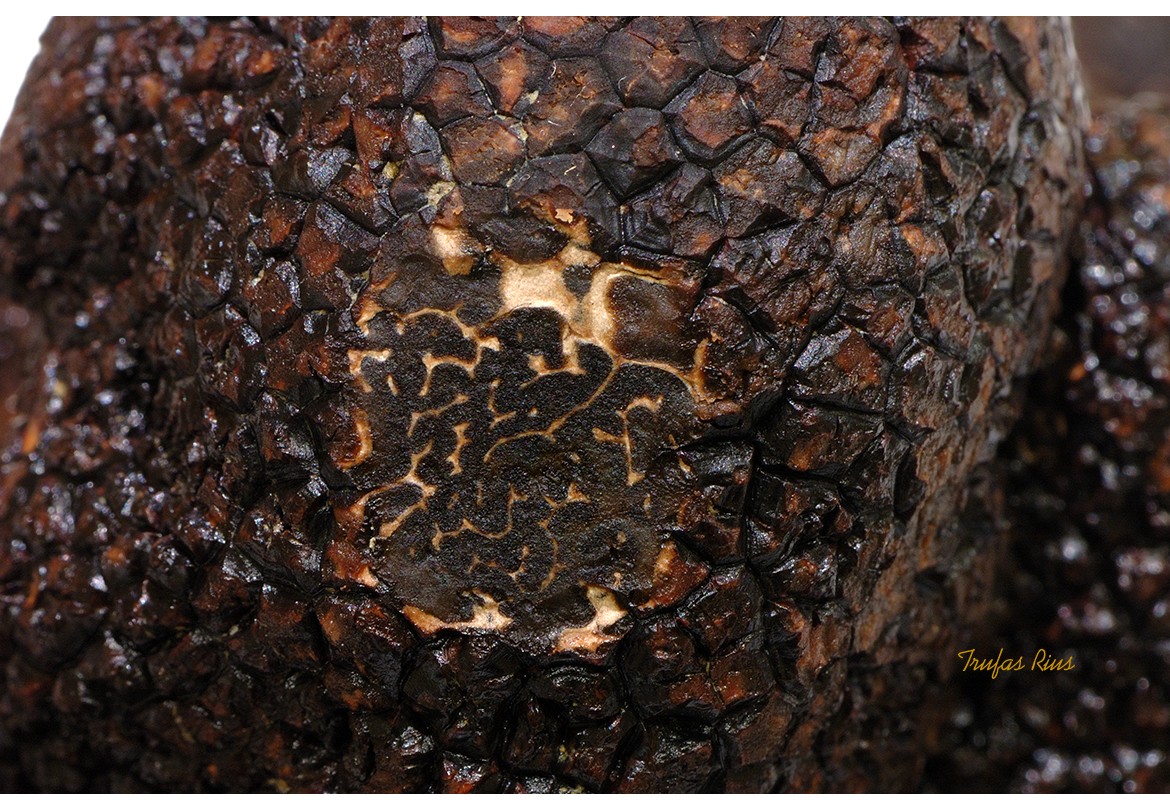 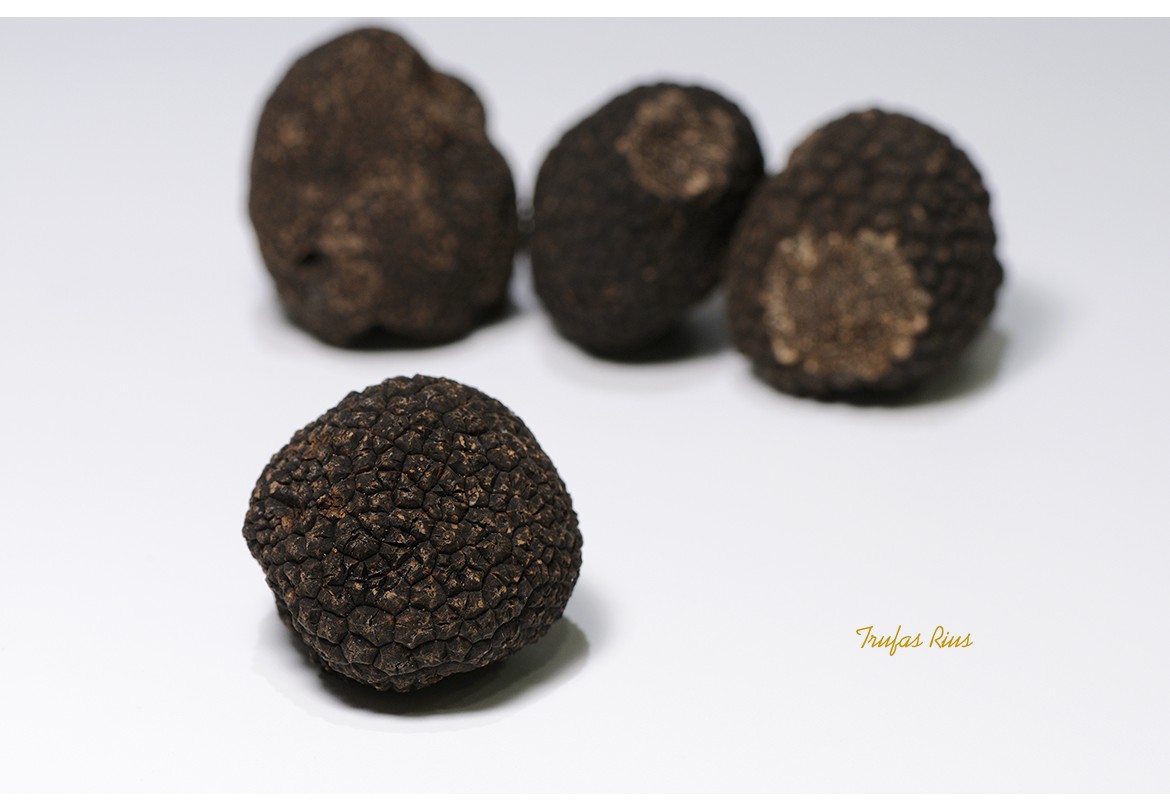 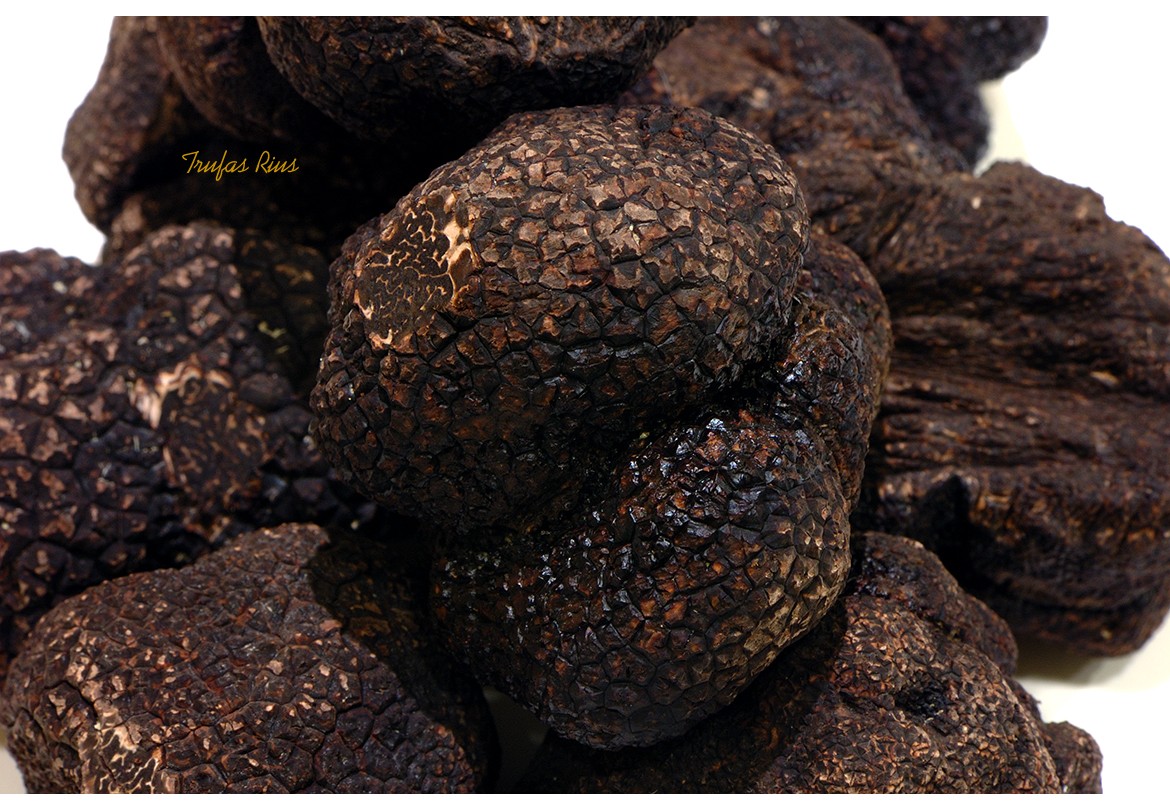 The black truffle or Tuber Melanosporum  has always been considered an exclusive delicacy of great economic value, except in the Middle Ages, which is why it has always been the object of study, to see if it could be cultivated.
From the moment the truffle's life cycle was fully known, , various systems and methods have been tested in order to achieve this.
These attempts go back to the late 18th and early 19th century, when academics, scientists and even enthusiastic amateurs tried, for the first time, to cultivate the black truffle. The results were always negative, because still not all the secrets had been revealed on the exact mechanisms and conditions, required for the production of the pursued Tuber Melanosporum.

In parallel with these efforts, in the French Provence region, in the early 19th century, a farmer from the village of Saint Saturnin planted acorns to populate his land with holm oaks. Some years later, and only sporadically, these trees bore truffles. All this to the surprise of the farmer, who started to think that this strange phenomenon somehow had allowed him to discover the relationship between trees and truffles.

He then secretly bought the surrounding land and repeated the process, planting the same acorns to grow the same holm oaks which later also produced truffles. Some years later, he had become the main truffle producer in the area.
Even if the area was rural and had a scattered population, this fact didn't go unnoticed by the other inhabitants, and eventually the secret was discovered. Years later, other farmers also achieved good results, and the region became famous for its high production rate of black truffle.
This coincidence was perhaps the start of the truffle cultivation, but the real merit must be awarded to Augusto Russeau, a French salesman who obtained good results in different areas in France.
Russeau claimed to be the inventor of an infallible method and started planting trees which could produce black truffle in 1855. Years later, it became clear that his method was really effective because already in 1870, he had spectacular results to show for. All other wild truffle producing areas in France became interested in his method and considered it to be the best way to obtain truffle by means of manmade cultivation. Soon word got out that producing black truffle was easy and could be done by anybody, even outside the traditional production areas, but the disappointment came soon after.

Russeau studied the black truffle cultivation for more than twenty years and obtained highly valuable information. He conceived a manual for the truffle production, explaining the basic rules, requirements and possible problems which every farmer needed to comply with in order to reach good results.

Russeau's method was based on the experience and discovery of the farmer who, in 1802, accidentally managed to obtain the first cultivated black truffle. Seventy years later, the perfected method was known in France and laid the foundations for the cultivated truffle or plantation truffle.

Among the key concepts, the following ones stand out: the acorn or seed as centre piece, the black truffle spores and soil with specific properties. But these directives are not completely sufficient to obtain black truffle. Russeau's hability was based on obtaining truffles in the same production areas, effectively applying these rules.

During the 20th century, other very important concepts were discovered for its correct cultivation, among which we can highlight the sterilisation of the soil where the seed, carrying the truffle spore, will be planted, and the selection of the grove of destination, based on careful analysis.

The basic steps for truffle cultivation would be the following: impregnate the seed (acorn) with truffle spores, sterilise the soil which complies with the specific requirements, and subsequently plant the previously mentioned seed. At first, this process needs to be done in a recipient of small dimensions, until the plant is big enough to be transferred to the open field. They must be distributed over the grove, respecting a minimum distance of three meters between two trees.

Regarding the choice of type of soil, probably one of the most important aspects, we can take the groves which spontaneously produce the mentioned wild truffle as example or model to be followed. Studying the European map, we realise that only three countries are producing Tuber Melanosporum, being Spain, France and Italy. The points the truffle-producing areas in these countries have in common are altitude and chemical-physical composition. Just as in the case of the white Alba truffle or Italian white truffle, the black truffle needs a particular soil composition, allowing the previously mentioned tuber to exist.

This is why they only grow on calcareous soil types, formed during the Mesozoic Era, and more specifically in the Jurassic and Cretaceous period, with good permeability. The ideal soil for truffle plantations needs to comply with the following requirements: soil coming from calcareous rocks, porous and permeable, with high clay content but also containing silicon, iron peroxide, carbonates and organic material. The altitude needs to be between 350 and 1100 meters above sea level. It is important to point out that the ideal soil has a maximum clay content of 50%, since a higher percentage would prevent proper water draining and jeopardise the truffle production. The truffle producing areas need to be sunny and well ventilated, without suffering excessive wind which would contribute to rapid evaporation of the soil humidity. The truffle needs humid soil, which is porous at the same time to allow proper ventilation.

The last aspect worth mentioning is that the preferred tree species for black truffle production are of the Quercus genus, more specifically holm oak, common oak, pubescent oak, sessile oak and beech or kermes oak.

Based on all this information and our extensive experience, we can state that fabulous black truffles can be found in the wild, but we can also confirm that there are also excellent black truffles, produced in plantations. The secret of enjoying a good black truffle lies in knowing how to choose where it comes from, meaning, from which soil. This can be a very complicated issue for the consumer. This is why it is so important to rely on the work of a professional with experience in the matter, who knows more simply because he dedicates his life to the selection of the best truffles.

More information on the black truffle Tuber Melanosporum and how to buy it, with this link. 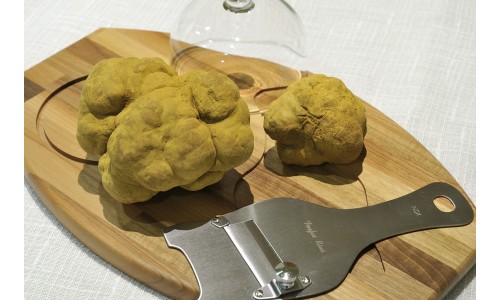 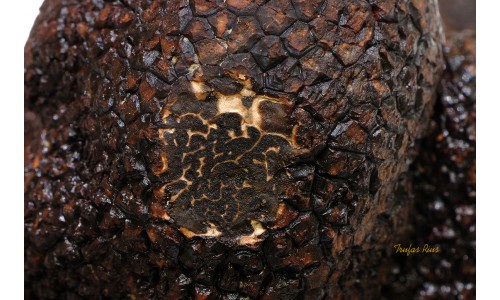 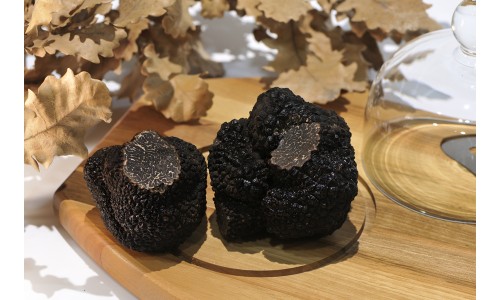